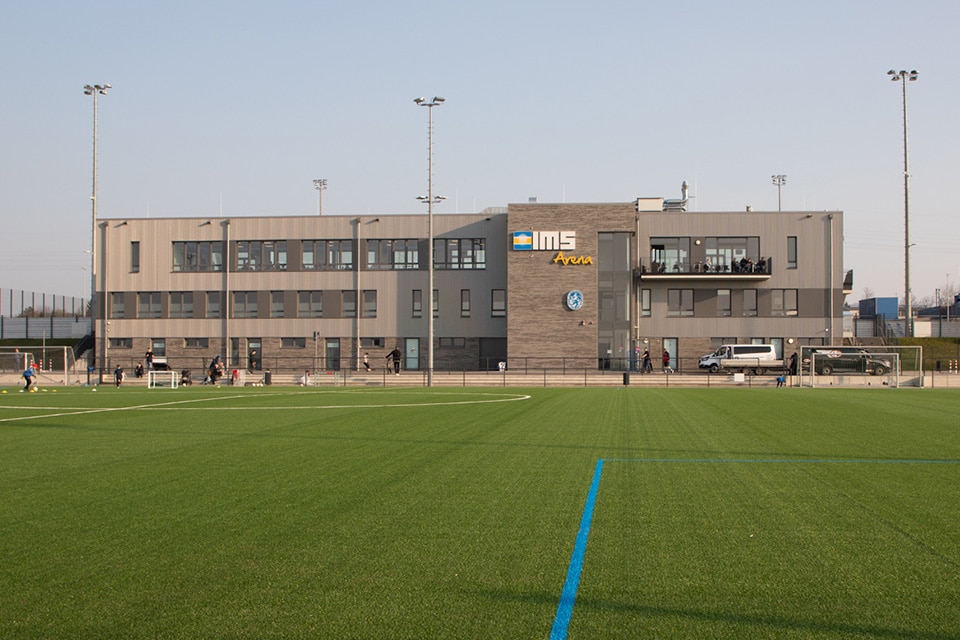 Two successful partners from the district of Mettmann, the football club SSVg Velbert, currently first in the Oberliga, and IMS Messsysteme GmbH, the world market leader for measuring systems, have joined forces.

SSVg Velbert unites a wide variety of people through football, creates perspectives, engenders self-confidence and strengthens team spirit – a further link to IMS Messsysteme GmbH, which is headquartered in Heiligenhaus and is an international company with subsidiaries and representatives all over the world. In Heiligenhaus alone, the team is made up of employees from 13 nations, all of whom play a major role in shaping the company’s success.

And sport also enjoys priority at IMS, not least because of the health management system implemented in the company. To switch off after work, our employees can play a round of football on the company’s own football pitch. Alternatively, those who like can work out in the gym or take advantage of one of the various courses on offer, including running and hiking groups.

The SSVG stadium, which was ceremoniously opened on 29 August 2021 with a friendly against Wuppertaler SV, boasts seats and standing room for 2,800 spectators, which can be expanded to 5,000 if capacity requirements increase. The modern floodlight system provides a perfect view of the action on the field at dusk and in the dark.

All in all, the IMS Arena meets all the requirements for the Regionalliga, the declared goal of SSVg Velbert, with promotion currently within reach.

Since January 2022, IMS Messsysteme GmbH has been the naming rights partner of the impressive stadium in Velbert, which is now officially called the “IMS Arena”. This can be seen by everyone, as the new logo is now emblazoned on the front of the building in large, illuminated letters, making it visible from afar by day and by night.